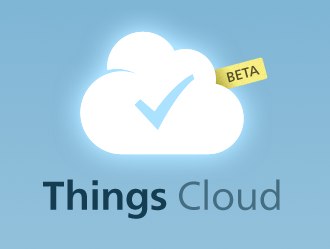 For a long time Things was my favorite task management app – on the iPhone, the Mac, and then the iPad. It has a beautiful and basic UI that makes it tremendously easy, with enough clever features to meet my needs as well.

I used Things every day on iPad, iPhone, and Mac – so effective, easy sync was a crucial issue. And it became an increasingly frustrating issue – as there was no cloud sync, only WiFi sync when iPad (or iPhone) and Mac were on the same WiFi network, and even that sync would very frequently fail. The developers of Things have been promising a cloud sync solution since back in 2010, but their progress has been ridiculously slow – which I griped about numerous times last year. Eventually I gave up on Things and switched to OmniFocus on the iPad, iPhone, and Mac – and I’ve been very happy with the switch.

There are still some things I miss about Things though, and I’ve kept the app installed on my MacBook Pro and iPad 2. My friend and colleague Thomas Wong has stuck with Things and has been involved in their Things Cloud Beta, which has now (finally) extended to iOS devices. He’s been telling me recently that the cloud sync works quite well in the beta. Then this morning I received a beta invite for the Things Cloud Beta for iOS. I’ve now installed the Mac and iOS beta apps and setup and turned on cloud sync.

My plan for now is to try out Things Cloud Beta with just a small set of non-essential tasks. If it looks like it really does work well, I’ll add more tasks to it and sort of run concurrently with OmniFocus a bit, just to see what I think.

Even if I don’t ever end up going back to Things, I’m glad to see there’s finally some solid progress on their Cloud Sync solution.

2 thoughts on “Trying out the Things Cloud Sync Beta”